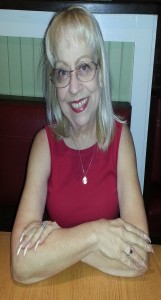 Jenna has also worked as a copywriter for Textbroker and Clickworker, writing extensive SEO advertising copy.  Jenna has won and placed in several short-story contests and had a short story published in the Winter, 2003 issue of AIM Magazine and an essay published in literary magazine, Evening Street Review’s 2011 Spring Edition. Jenna was also published in an anthology entitled Helium Holidays 2010. Ms. Pope and her husband have four grown children and six grandbabies. They live in Southern California with their very spoiled pets.