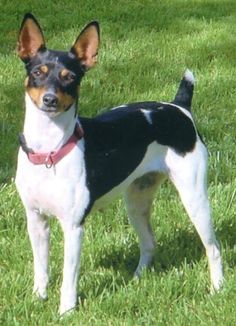 Here is some Rat Terrier trivia:
The Twenty-Sixth President of the United States, Theodore Roosevelt, gave the Rat Terrier its name. When Roosevelt and his family moved into the White House, it was in the infested with rats. President Roosevelt’s two Feist Terriers (part of the gene pool that eventually became the Rat Terrier), were let loose in the White House the rats vanished. They killed all of them! Roosevelt referred to his little rat-killers his “Little Ratters.”
The original Rat Terriers were formed by cross-breeding the Fox Terrier, English White Terrier, Feist Terrier, Manchester Terrier and the Bull Terrier. Remember “Old Jack” in the “Little House on the Prairie series by Laura Ingals Wilder? Well, Old Jack was a Bull Terrier.
In recent history, the Rat Terrier breed has been further refined by breeding it with Beagles, the Smooth Fox Terrier, Whippets, the Italian Greyhound, the Chihuahua, the Jack Russell Terrier and Toy Fox Terriers to become the little Rat-Terrier rascal that he is today. The United Kennel Club, refers to the Rat Terrier as the “breed of many breeds” and has approved it.
Comedy is the Rat Terrier’s specialty. “Fetch” is their favorite game. They need much exercise to run off their extra energy. They will get along with other cats and dogs as long as they are all in the same “pack” or family.
Ratties are big on intelligence and have an eensy-teensy stubborn streak. (I am speaking from experience!) They also enjoy digging, so you will need to curb that in a hurry. Ratties tend to also be hyper-vigilant and will react to even the slightest sounds. For this reason, they are excellent watch dogs. They are loyal, trainable and intensely social canines. When our grand-children visit, our Rat Terrier, Max, is always in the middle of the action!

Ratties are recommended for older children but not for toddlers, small children or babies. They tend to be possessive of their toys and food. If I were looking for a dog, I would pick the Rat Terrier every time because of their unique, affectionate, loyal personalities.