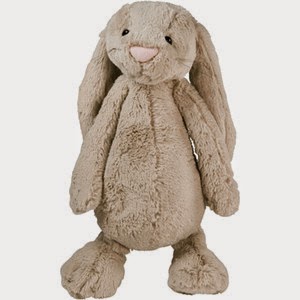 You just can’t throw out an “old friend,” even if it is just a stuffed animal.

When I was a child, I was given a yellow stuffed bunny for Easter. I immediately fell in love with her and took her with me everywhere. One vacation, I forgot to pick up Bunny on our way out the door. After traveling in the car for about an hour, I looked for her, but she was not there. Then I remembered that I had never picked her up and put her into the car. I began to writhe and almost foam at the mouth, which was so effective, that my parents did a u-turn and raced back to pick up Bunny. The rest of the vacation was uneventful.

When I was five, I accidentally left Bunny outside in the rain, and her red felt eyelashes bled all over her yellow terrycloth fur. Poor Bunny looked pathetic, but — to me — she was still beautiful.

On the first day of the First Grade, I learned that I would not be allowed to bring Bunny with me to school. It took me a week to get over it.

Over the years, Bunny followed me though moving and marriages and travel and children. Now she lives in my curio cabinet. She has lost her eyelashes and one of her ears to our dog. But she is still hanging around.

One day I asked my mother what she had done with her beloved stuffed dog, Nippy, and she told me that, recently, when she had cleaned out the spare room closet, she had thrown Nippy away. I was horrified. How could she have tossed out her dear old friend into the trash? Sometimes when we clean out closets, we can be somewhat rash.

I don’t care how many closets I clean out. That will never be the fate of Bunny.