Feed a Cold; Starve a Fever 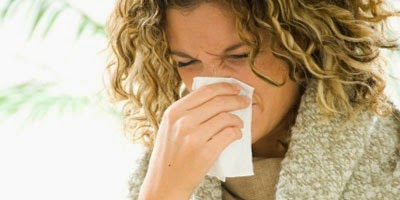 Does fasting during a fever and eating more when you have a cold, really work?

There have been a few studies, though unsubstantiated, that claim fasting can help to bring down a fever. Another study maintains that eating a balanced meal helps to stimulate the body’s natural immune response to the cold virus.

But from the research on both sides of these issues, each side claims to have the necessary medical interventions to bring down fever and cure the common cold.

The long-held conviction of most medical practitioners is that the two things most helpful for curing the common cold are:

Rest allows your body to repair itself. Your immune system is free to work its most efficiently when the body is not stressing itself physically or mentally. Unfortunately, most people don’t take time off to rest when they contract a cold. This just prolongs their misery.

Fluids hydrate the body and remove toxins from dying cells. Fever can be dehydrating, which makes drinking extra fluids especially important in recovering from a cold.

The Benefits of Zinc

There are new studies on the benefits of taking zinc at the onset of a cold. Many people swear by them and say that, if taken as directed, they will shorten the duration of a cold.

Normally, one zinc tablet is dissolved on the tongue every 4 to 6 hours as soon as cold symptoms are recognized. Depending upon the zinc product used, the course of the dosage is usually two to three days, when the symptoms disappear.

The jury is still out on these cold remedies. There have been a number of claims that people who take heavy doses of zinc at the onset of cold symptoms can damage their sense of smell. However, testing is ongoing and no definite conclusions have been made.

For the aches and pains associated with a cold, acetaminophen products, such as Tylenol, Panadol and Dayquil, are effective at bringing down a fever. A low fever, like 99.1, is just the body’s immune system doing its job. But for fevers over 100 degrees F., acetaminophen is helpful. Care should be taken, however, to avoid alcohol while taking acetaminophen because there is a direct correlation between acetaminophen and alcohol.

Aspirin is usually more effective than acetaminophen, but you should never give aspirin to a child when he has a fever because of the risk of Reyes Syndrome and its relationship with aspirin during a virus.

Expectorant cough medicines, such as Robitussin and Vicks, help when a person is severely congested during a cold. These can help with coughing and relieving the feeling of congestion.

Antihistamines are helpful for easing sinus inflammation, and decongestants can help relieve plugged up nose.

Some products like Claritin D and Sudafed Plus contain decongestants and antihistamines.

A cool-mist vaporizer is helpful in making breathing easier. A congested child will especially benefit by using a vaporizer.

Be sure to clean out your vaporizer daily to prevent the spread of mold into the air.