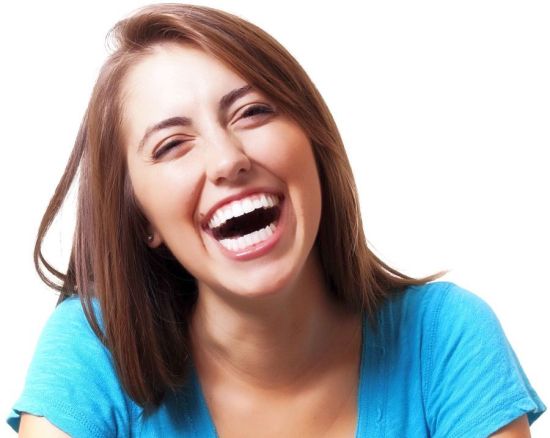 When I took a psychology class in college, we saw a film about Laughter Therapy. By the time the film was over, the whole class was in stitches. I still have no idea what the people in the film were laughing at.

There are many correlations between laughter and health. Laughter strengthens your immune system by decreasing stress hormones and increases antibodies that fight infection and immune cells. It also boosts intellectual performance and information retention by improving the function of blood vessels. Laughter relieves stress and physical tension and leaves the muscles relaxed for more than one-half hour. Laughter also triggers the release of the brain chemicals, endorphins, that bring a feeling of wellbeing and can even temporarily relieve pain. Laughter helps to prevent heart attacks by increasing blood flow.

There is a direct correlation between a positive outlook and long life.

Over 70 years ago, all of the nuns entering a convent were asked to write an essay about their lives before they became nuns. For every positive word in an essay, a “plus 1” was given. For every negative word, a “minus 1” was given. Then the scores were tallied. The nuns were divided into four groups, based on their essay scores, starting with the lowest scores at the bottom to the highest scores at the top.

Seventy years later, the nuns were revisited, and all of the nuns in the bottom three groups had died. The nuns in the top group were ALL in their 90’s and ALL still alive!

From the nun study, it was determined that a positive attitude, and all that accompanies it (laughter included), will lengthen your life! Laughter and health cannot be separated.

Laughter is a universal language that can bind families, couples, and groups together in sharing the humor of a situation. Years and years ago, my husband, a friend, and I were driving home from a meeting in the driving rain. We were in my old Volkswagen Beetle. After a while, the windshield wipers started to lag and then minute-by-minute, the wipers got lower and lower until they each were only wiping a one-inch section of the window. We had started laughing when the wipers first started to lag, and by the time the wipers were wiping only an inch of window, the three of us were in hysterics. We finally had to pull over and wait out the laughter! I can’t remember very many times that I have cried over a situation or became really angry. But I will always remember the times that I laughed myself into hysteria! I’m still laughing about it 30 years later as I type this. Laughter is powerful!

We have only scratched the surface on the benefits of laughter and health, but I think that we are on to something. It appears true that laughter is, indeed, good medicine.

“A clown is like an aspirin, only he works twice as fast.” – Groucho Marx