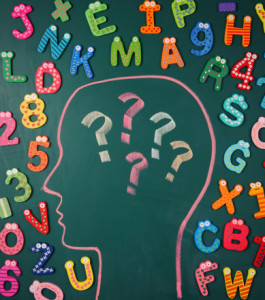 In a recent speech, our new President Elect used the word, “reciprocity,” in making his point. I was pleased that he was speaking to us as Americans with intelligence.

One of my pet peeves is bad use of language. Not from immigrants or children who are still learning appropriate word usage. I’m talking about your garden variety, home-grown, live-in-the-suburbs Americans. You can see excellent examples of these people on The People’s Court, Dr. Phil and Jerry Springer.

I wasn’t always such a nitpicker. I remember, as a child, riding in the car with my (English teacher) mother when she noticed the misspelling of the word, “remnants,” on the sign of a carpet store. You’d think that she’d just seen the Pope in pajamas. Poor grammar was inexcusable, and I loved to say things that I knew would tic her off.

One day I said, “Me and Laura are going to the mall.”

“Laura and I,” she corrected.

As an adult, though, I realized that my mother’s correctitude had rubbed off on me. She was right. There are so many venues in life where good grammar is imperative. Imagine saying at a job interview, “I seen the job in the want ads.” It wouldn’t fly.

Bad spelling and poor grammar are like the plague — they are extremely contagious. And you will never cease to be amazed at the number of people who do not know the correct way to speak their one-and-only language: English.

Recently, at the courthouse, I noticed a professionally made sign that read:

See what I mean?