Now They Will Not Even Say Its Name — Obama Care 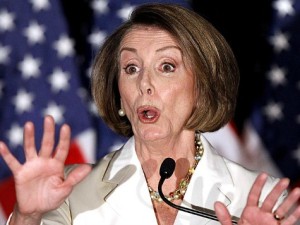 Before the president’s popularity began dropping, the word for America’s socialized medicine was “Obama Care.” This was the president’s legacy legislation in fundamentally changing the health care system in America. But then the site simply did not work, millions of people lost their insurance coverage, the new mandated insurance was a lot more expensive and President Obama lied about not having to give up our health insurance if we wanted to keep it — PERIOD. Now, the Democrats have stopped calling it “Obama Care” as the “Obama” brand has become cosmetically offensive. Now America’s new system of socialized medicine is being referred to as “The Affordable Care Act.” I guess the word “affordable” still evokes positive thoughts — where the word, “Obama,” no longer does.Just wait until companies must begin paying higher premiums and dropping coverage of their employees, care is rationed, and palliative (instead of lifesaving) medicine becomes the norm for the elderly under Obama Care. The word, Obama, will rank down there with the unmentionables.And, yes. I am going to say, “I told you so.”