The Sleep Disorder and Dementia Connection 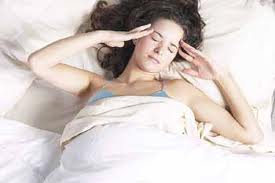 Sleep disorders have moved to the forefront of scientific study and are no longer being pushed aside as they have been in earlier times. This is because a connection has been discovered between sleep disorders and dementia. With so many Baby Boomers reaching retirement age, the sleep disorder/dementia connection is going to become increasingly important, as it will affect a significantly large age-group population.

A 2010 article by Michael J. Breus, Ph.D. discusses the link between rapid eye movement sleep disorder (RBD) and dementia. RBD occurs when a sleeping person is not experiencing normal sleep cycles and lacks the normal sleep paralysis that occurs during REM (Rapid Eye Movement) sleep. Instead, this person experiences vivid and often violent dreams and has no sleep paralysis. Often people with RBD will act out in their sleep by punching, kicking, jumping out of bed and/or screaming. This sleep disorder is more prevalent in the elderly, especially men.

Another recent theory states that frequent-waking sleep disorder and hypoxia (a lack of oxygen) may also contribute to dementia. A study was performed at the University of California at San Francisco where 105 women with sleep disordered hypoxia were studied and compared with 193 women without the condition. All of the women in the study were age 65 and older. After the results were compiled and tabulated, it was shown that the women with the sleep-disordered breathing had more cognitive impairment after five years than those women without hypoxia.

A 2008 article in Science Daily states that 50 percent of people with REM sleep behavior disorder develop some sort of dementia within a mere 12 years after their initial sleep-disorder diagnosis. This was determined by a study performed by Dr. Jaques Montplaisir at the Hôpital du Sacré-Coeur de Montréal.

“Doctors should pay close attention when following these patients, as their observations could help define the precursors of diseases such as Parkinson’s, Alzheimer’s, Lewy body dementia, or multiple system atrophy.”