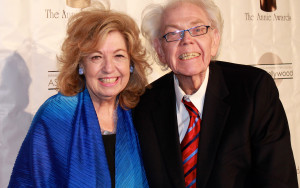 Whether you like it or not, when you get married, you marry the whole family. Well, at least those in the family who are still alive and kicking. What you get, as far as in-laws are concerned, is the luck of the draw. If your in-laws are of the toxic variety, there are different approaches that you can take.

In-laws are toxic when they constantly meddle in your business. They want to tell you how to raise your kids, how to treat their beloved (adult) child whom you have married. They need money, or they want to control how you spend your money, or they want you to make more money. Perhaps they are living with you because of medical problems, or you are living with them to save money for a down-payment on a house. Whatever the situation, you can find coping strategies to fit your personal situation.

A good way of organizing your thoughts is to write down everything that is bothering you about your relationship with your in-laws. After that, put the items on your list in order of severity. The severe problems you want to conquer first. Once those have been remedied, the rest of the grievances may fade away.

Your Husband’s Relationship With His Parents:

Evaluate what your husband’s relationship is with his parents. If he seems to be oblivious to their effect on you, you can enlighten him. If the two of you have already discussed the problems, and your husband is either in denial or refuses to deal with them, you might approach him a few more times about some negative thing that his parents do that effects both of you. The only way you are going to make a change is with the united front.

If your husband agrees with you but lacks the fortitude to approach his parents, you are going to be primarily on your own.

There was a young woman whose mother-in-law was supposedly a reformed alcoholic. That’s what the family had told her, and she had believed them. Then, one time when the woman’s two-year-old daughter was spending the day with her grandma, the grandfather came home for lunch and found his tiny grand-daughter walking alone down the middle of the street.  He picked her up and carried her into the house, where he found his wife dead drunk, sprawled across the sofa.

This problem necessitated immediate action. The grandfather put his wife in the back seat of his car, and took his grand-daughter back to her parents. When the young woman found out about what had happened, she put her foot down and told her mother-in-law that her children would never be able to spend time alone at their house again. This was the right action on the mother’s part, and for the entire time her children were growing up, the mother stuck with her plan.

Of course, the woman and her husband and kids visited the in-laws together often. But the children never spent time at their grandmother’s house unless a parent was there with them.

After the woman had pulled her mother-in-law aside and informed her that she would never again be allowed to watch her grandchildren, she was very shocked. She asked her son if these were his wishes, also.  He said, “Yes,” and that was the end of it.

So there will be times when – even though your spouse may agree that an action needs to be taken –  he or she doesn’t have to be the one to communicate it.

When You’re on Your Own:

If you and your spouse have discussed the in-law problems extensively, and there doesn’t seem to be an acceptable answer in site, go to a family counselor. He or she will be able to assess your in-law problems and help you come up with a plan of action.

If your spouse won’t go to counseling and/or doesn’t agree that the in-laws are such a big problem, then you have to make the changes. You’re the only one willing to change.  You can learn a technique called “thought-stopping,” where every time a negative thought about your in-laws rises to the surface, mentally say, “Stop!” Then think of something positive. Your thoughts determine your emotions, and your emotions determine your actions. If you can catch the thought before it permeates your emotions, you can nip the bad feelings in the bud – before they go from annoyance to full-on rage. You will make better decisions and be in control of how you feel and behave.

“The Feeling Good Handbook” by David D. Burns, details how thought-stopping and a number of other cognitive behavioral exercises can help you to deal with toxic in-laws. You can find this book on line and also at most bookstores.

The one thing that you have to realize is that your in-laws may never change. But through rationally communicating with your spouse, developing a plan of action, and carrying out that plan, your in-laws my tone down some of their problematic behavior. If you get no help from your spouse, the only person you can change is you. Go ahead and talk to a counselor and learn to deal with your in-laws at the thought level first. Changing yourself may be the only thing available for you to do.